How can you make employees feel safe to speak up? 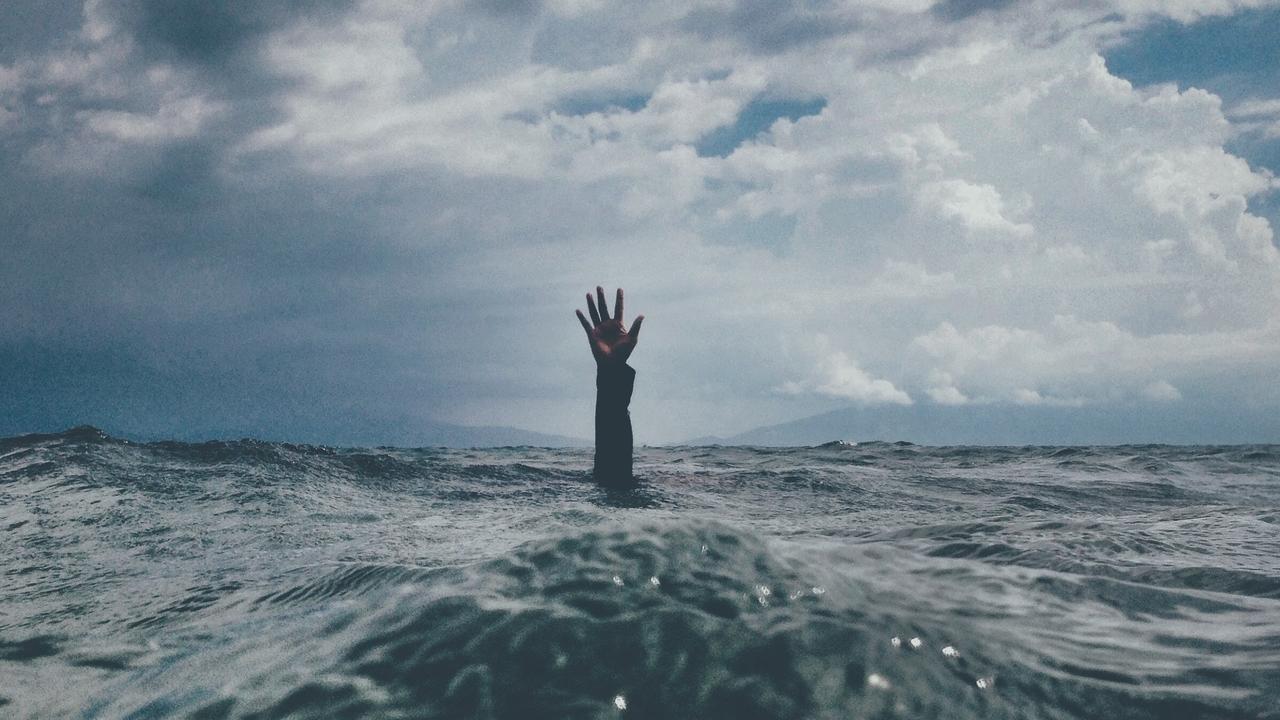 Do your employees feel safe to speak up, even when what they have to say goes against the grain?

Encouraging your employees to make themselves heard and speak up is one thing. But are they saying what they think you want to hear? Making individuals feel secure enough to voice their true opinions is much more difficult, and it’s a major component of successful inclusive leadership. More than that, it’s necessary to create a culture where employees feel empowered  to innovate and problem-solve, without the inhibiting fear of failure.

When your teams feel psychologically safe, you can expect to see increased motivation in dealing with problems, higher levels of engagement, better performance, and more learning and development opportunities. It allows for risk-taking, speaking your mind, creativity, and speaking out without fear of punishment - all the behaviours that lead to market breakthroughs.

Barbara Fredrickson at the University of North Carolina has found that positive emotions like trust, curiosity, confidence, and inspiration broaden the mind and help us build psychological, social, and physical resources. We become more open-minded, resilient, motivated, and persistent when we feel safe. Humour increases, as does solution-finding and divergent thinking — the cognitive process underlying creativity.

What is Psychological Safety?

The concept of psychological safety in work teams was first identified in 1999 by Amy Edmondson, professor at Harvard Business School. Since then, it has become universally accepted that companies with a trusting workplace perform better.

The term ‘psychological safety’ sounds like it’s about being accepting and nice. But it’s actually the opposite. It’s about being candid and direct in your feedback and responses, openly admitting to mistakes, and feeling open to learning. It’s about asking for help when you are in over your head, without fear of being judged.

If you believe that you truly have a culture of psychological safety at work, you are in the minority. It goes against human nature and it feels unnatural in the world of work - you have to consciously build it into your organisational culture.

We want to look good in front of our colleagues and peers. We want to divert blame so that we don’t get into trouble. We want to be seen to be doing a good job and we want to please our superiors (which often translates to agreeing with the boss, even when we don’t). So the journey from this set of inbuilt rules to psychological safety is difficult to overcome and requires a huge amount of trust.

What Happens When We Don’t Have It?

The absence of psychological safety can lead to disastrous results. In the aftermath of the two fatal accidents of Boeing 737 Max jets, evidence emerged that workers in the Boeing 787 Dreamliner plant were pushed to maintain an overly ambitious production schedule and fearful of losing their jobs if they raised concerns.

As HBR notes in their report, we humans are finely attuned to risk. That ought to work in our favor, especially when it comes to things like engineering safety systems for airplanes. The trouble is, we are attuned mostly to interpersonal risk. We spontaneously overvalue maintaining a sense of comfort, security, and even belonging in the moment, and undervalue the vague, probably-won’t-even-happen, potentiality in the far-off future. Psychologists have a term for it: discounting the future.

Bob Sutton of Stanford wrote that “bosses live in a fool’s paradise,” often of their own making: “Bearers of bad news, even when they aren’t responsible for it in any sense, tend to be blamed and to have negative feelings directed toward them. The result is the ‘mum effect:’ subordinates with good survival instincts soften bad news to make it sound better, or avoid passing it along to their bosses at all. Therefore, in a steep hierarchy it is a happier and happier story that reaches the top ranks.”

Many organisations ask us at Thriving Talent for our expertise when reviewing their policies and practices to engage and retain their employees who are carers - be it caring for children, ageing parents or sick partners. An organisation’s immediate response is reviewing policies.

Of course, this is critical, especially for both parents but it is not enough. Why? Because employees need to feel safe to speak up and actually leverage these policies. For example, we know that introducing a policy to increase paternity leave (which is magnet for attracting talent in late 20s/early 30s) may not encourage men to use the policy and ask for what they need. Leaders play a significant role in creating a culture where it is encouraged for employees to have a healthy work life balance and one where family life is valued. If men feel that it is career suicide to speak up and share that they may want to use the new policy, they will stay silent and the anticipated benefits (which are many) will be lost.

The same applies for mothers who want to advance their careers, without sacrificing family life. If they do not feel it is safe to speak up and ask for what they need to make promotion a consideration - possibly reduced hours or flexible working options - they may well opt out. The result? Visible or invisible attrition and a continued lack of gender equality at all levels of leadership. Never underestimate the silencing power of poor leadership and cultures which are void of trust.

How Do You Encourage Speaking Up?

In her book, The Fearless Organisation, Amy Edmondson outlines the following practices to support culture change and institutionalise the behaviour of speaking up:

Google’s two-year study on team performance revealed that the highest-performing teams have one thing in common: psychological safety, the belief that you won’t be punished when you make a mistake. Paul Santagata, Head of Industry at Google, suggests the following to promote a sense of psychological safety:

1. Approach conflict as a collaborator, not an adversary.

We tend to hate losing even more than we love winning. A perceived loss triggers attempts to reestablish fairness through competition, criticism, or disengagement, which is a form of workplace-learned helplessness. True success is a win-win outcome, so when conflicts come up, avoid triggering a fight-or-flight reaction by asking, “How could we achieve a mutually desirable outcome?”

Underlying every team’s who-did-what confrontation are universal needs such as respect, competence, social status, and autonomy. Recognizing these deeper needs naturally elicits trust and promotes positive language and behaviors. Santagata reminded his team that even in the most contentious negotiations, the other party is just like them and aims to walk away happy. He led them through a reflection called “Just Like Me,” which asks you to consider:

Santagata says: “Thinking through in advance how your audience will react to your messaging helps ensure your content will be heard, versus your audience hearing an attack on their identity or ego.”

Skilfully confront difficult conversations head-on by preparing for likely reactions. For example, you may need to gather concrete evidence to counter defensiveness when discussing hot-button issues. Santagata asks himself, “If I position my point in this manner, what are the possible objections, and how would I respond to those counterarguments?” He says, “Looking at the discussion from this third-party perspective exposes weaknesses in my positions and encourages me to rethink my argument.”

If team members sense that you’re trying to blame them for something, you become their saber-toothed tiger. Blame and criticism reliably escalate conflict, leading to defensiveness and - eventually - disengagement. The alternative to blame is curiosity. If you believe you already know what the other person is thinking, then you’re not ready to have a conversation. Instead, adopt a learning mindset, knowing you don’t have all the facts.

5. Ask for feedback on delivery.

Asking for feedback on how you delivered your message disarms your opponent, illuminates blind spots in communication skills, and models fallibility, which increases trust in leaders. Santagata closes difficult conversations with these questions: What worked and what didn’t work in my delivery? How did it feel to hear this message? How could I have presented it more effectively?

For example, Santagata asked about his delivery after giving his senior manager tough feedback. His manager replied, “This could have felt like a punch in the stomach, but you presented reasonable evidence and that made me want to hear more. You were also eager to discuss the challenges I had, which led to solutions.”

Santagata periodically asks his team how safe they feel and what could enhance their feeling of safety. In addition, his team routinely takes surveys on psychological safety and other team dynamics. Some teams at Google include questions such as, “How confident are you that you won’t receive retaliation or criticism if you admit an error or make a mistake?”

If you would like to explore the ways in which you can promote and support your team members in speaking up and feeling psychologically safe at your place of work, please email us at [email protected]

Stay connected with news and updates!

Join our mailing list to receive the latest news and updates from our team.
Don't worry, your information will not be shared.

Stay connected with the latest news and articles!

How employers can easily foster a culture of caring & career Jul 01, 2022
Are you meeting your employees' expectations? Jul 01, 2022
Diversity And Inclusion Strategy: Working Parent Programmes To Retain And Engage Employees May 19, 2022

Our story Meet the team Work with us Get in touch

Please enter your first name and best email address and we will keep you posted of our latest news and articles. View our full Privacy Policy.